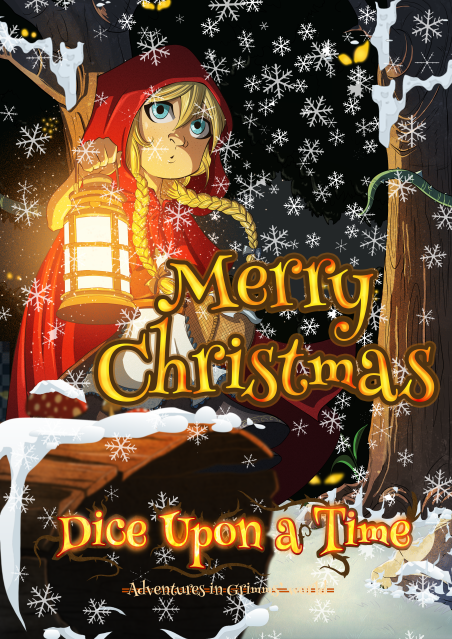 A tale of Christmas

It has been a long time since we had an update for you dear backers, but this hardly means that we have not been working on the project. For those who have never done a Kickstarter campaign let me tell you, there are a lot of things to cover you couldn’t even imagine.

Let’s get to the point. We know that most of you mainly focus on one thing, and that is the date of you receiving the game you so kindly backed. We can see that some of you have a hard time to wait for it, and trust us, knowing how well it turned out we can absolutely understand that. Not only that, but this is backed by every review we got from those who had the opportunity to try it so far. Would you be interested in how the game looks we can recommend you watch the unboxing video the Dice Tower made on this game.

We are trying our best to deliver the game as soon as possible, but unfortunately there are circumstances that we can’t change. However, we promised the delivery in January of 2020, and so far, everything goes smoothly to keep this.

Let’s take a loot at the situation by regions:

Australia and Asia: the VFI Asia will deliver the game. They have already received them, but due to their Christmas rush they couldn’t deliver them in December.

Europe: We had some misunderstanding with Happy Shops, therefore they will only get the game during the first week of January. They promised to start the shipping during the week after.

America: The ship with the games is under way, sailing through the Caribbean’s as we write this, and unless some game-mongering pirates decide to intervene they will arrive in Florida on Christmas Eve. The delivery will start soon after, so everyone should get it in January.

However, we have got one bad news for you, and that is that the model of Cinderella not ready yet. Unfortunately, the prototype suggested by the designer did not stand to the quality we want, and we decided to deliver it a little later, but in better shape. This means this piece will be delivered a little bit later via post. We are sorry for the inconvenience, but we promised good quality not just quantity, and we wish to stand by it.

With this we came to the end to our own Christmas tale, which of course wouldn’t be a real one unless we bring some presents with it, so here you are: we made a how to play video of the game, in which you can learn everything about the game’s mechanics in just a few minutes. This way you can be ready to start the game as soon as you get it.

We wish you a Merry Christmas with lots of fun with your beloved ones.