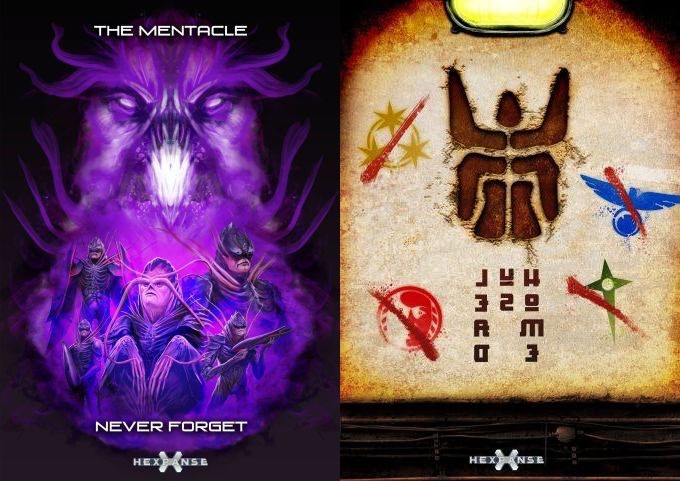 So it has begun, Warlords: the final 48 hours!

Before we cross the 48-hour mark, we want to thank you for all your help. You gave us enormous amount of ideas and inspiration which we want to thank you with an excellent game. During the recent weeks, the world of Hexpanse developed in such a measure that couldn’t be reached without your help, dear Backers!

Our project was funded within 22 hours, proving that there is a need for this excellent game. It is also your credit that the game has expanded, the number of cards in the box has increased by 20%, but we hope that we can further grow it in the last 48 hours. It was your request that brought Aliens to life: they were attached to the game in an add-on as two new factions, extending the maximum number of players from 4 to 6. The production of token frames come with high financial costs, which we couldn’t afford without this large number of supporters. New minor factions were put into the game, new missions, new elements, new game modes, which mean long lifespan and high replay value.

Structures are special elements of Admirals’ games. They come along with 3D mini-pedestals that fit into the different nations’ plastic token frames, and tokens with the pictures of the buildings are put on the top of them, thus making them outstanding from the board. The 5 buildings are available right from the start of the game in exchange for hexilium – just like mercenaries or action cards -, and they provide the player with passive abilities after they are built on the board. For example: If you take back 2 units in a turn, then you can choose from +5 cards in market phase.

Of course, they can count as elements of the victory formation, and are harder to destroy than normal units. However, their toughness is balanced with high financial cost. Structures doesn’t only make the game more variable, but they also mean an alternative game mode.

We have increased the number of our followers on Facebook from the ground level to over 500 in 3 weeks. Thus you unlocked a minor stretch goal which doesn’t only add a new minor faction and a new ability to the game, but those who purchase the Big Minor add-on will be rewarded with three new tokens.

Seeing the success of our previous community stretch goal, we declare a new one: we welcome every enthusiastic BGG users to the BGG profile of Hexpanse! Twenty-something users have already signed up as fans, and if we reach 100 fans, you will unlock another community stretch goal: a new, unique action card that will be included in your box!

Attention! The goal can only be completed before the expiration of the Kickstarter project, so we have only 48 hours! You can find the Hexpanse BGG profile here:
https://boardgamegeek.com/boardgame/204143/hexpanse

But in order to make the game even better, we need one last charge together with you! Every single person counts here, so call all your friends to arms in this galactic battle! If we succeed TOGETHER, we will be able to provide you with a bulk of extra content, making the already huge box even richer. Just to get you in the mood, we refreshed the list of stretch goals, so now you can see more what awaits you.

The sky is the limit… start your engines and speed into hyperspace! GO!